We are so thankful to each one of our board members who dedicates their time and resources to help Habitat for Humanity of Summit County to continue to succeed and grow.

Thank you for all your hard work! 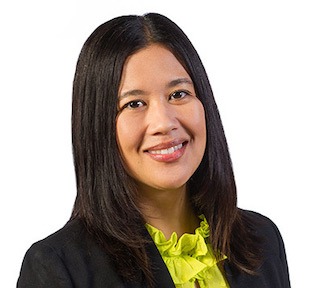 Marie has close to 20 years of experience performing assurance services to closely held businesses. She helps private companies of all sizes work through a variety of technical issues and provides consulting services to assist clients with special projects. Although she works with clients in a number of industries, an additional focus area for Marie lies in working with not-for-profit organizations. Her significant background gives her the necessary credentials and knowledge to perform audits in accordance with the Uniform Guidance.

Marie lives in Akron, Ohio, with her husband and their three children. When she is not cheering on her kids at swim meets, baseball games, or soccer matches, she volunteers her time on a local, state, and national level. She is an avid volunteer in the Akron community, currently serving on the Boards of Habitat for Humanity of Summit County, Victim Assistance Program, and Firestone Akron Swim Team. In addition, she volunteers for committees for the Ohio Society of CPAs (Women’s Initiatives Committee) and the American Institute of CPAs (Technical Issues Committee). 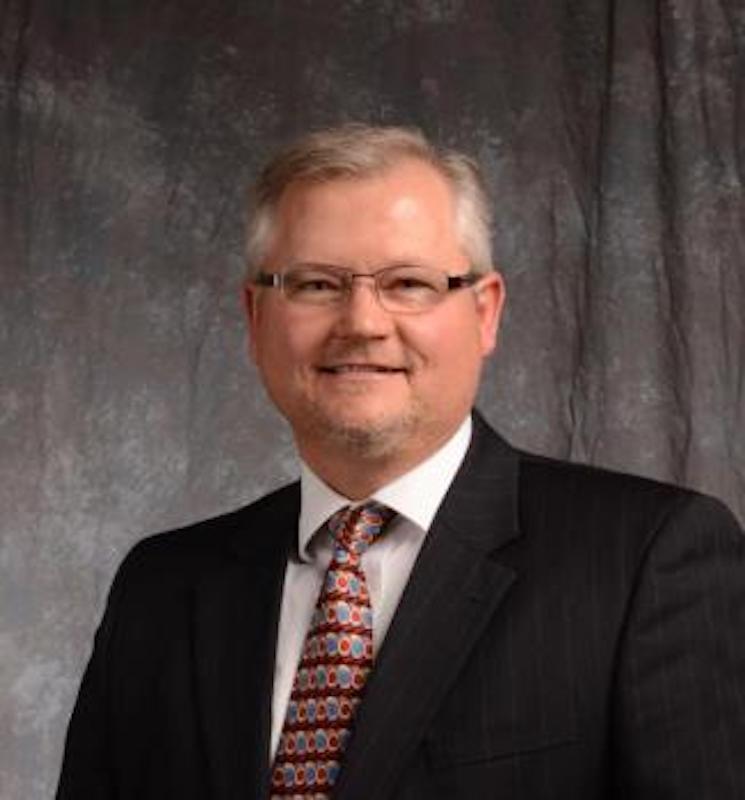 Patrick Miller is the current Producer Relations of Reliance Standard Life Insurance Company, a member of The Tokio Marine Group.

Patrick has served in this capacity since November 2007. He worked for Standard Insurance Company for two decades where he held various roles of increasingly responsible sales & management positions in both home office and the field environments. Prior to joining Reliance Standard, Mr. Miller was President of Client First Group of Ohio which provided employee benefit consulting for clients which employed 1,000 plus employees. Mr. Miller holds a Bachelor of Science degree in Economics from University of Oregon. 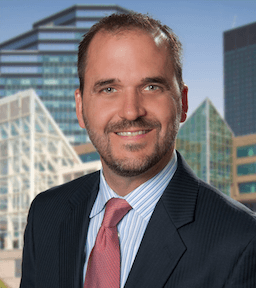 Thomas Orcutt is Vice President and Business Relationship Manager for JP Morgan Chase Bank. Tom has more than 27 years of banking and financial services experience.  Tom lives in Akron, Ohio, with his wife and their 4 children. He enjoys outdoor activities with his family and spending time with his wife working on their century home. 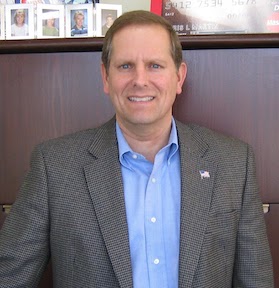 Jake Frego is a senior vice president of Bank of America and serves on the Ohio Market President Board for Business Integration. Before joining Bank of America, Jake spent seven years as a director with the Milwaukee Brewers Baseball Club.

Jake is married to Janet, and they have four children.  He serves on various boards at Archbishop Hoban High School, the University of Notre Dame, and Habitat for Humanity Summit County. 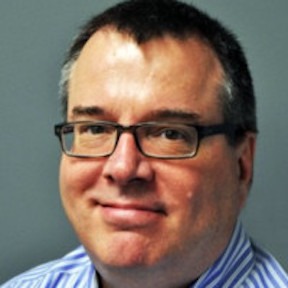 Rick is Vice President and Chief Financial Officer of Malco Products, a specialty chemical manufacturer of automotive and household cleaning products in Barberton, Ohio. He has over thirty years of financial management experience working with successful manufacturing and distribution organizations. Rick serves the Habitat for Humanity Board as a member of the Finance Committee. 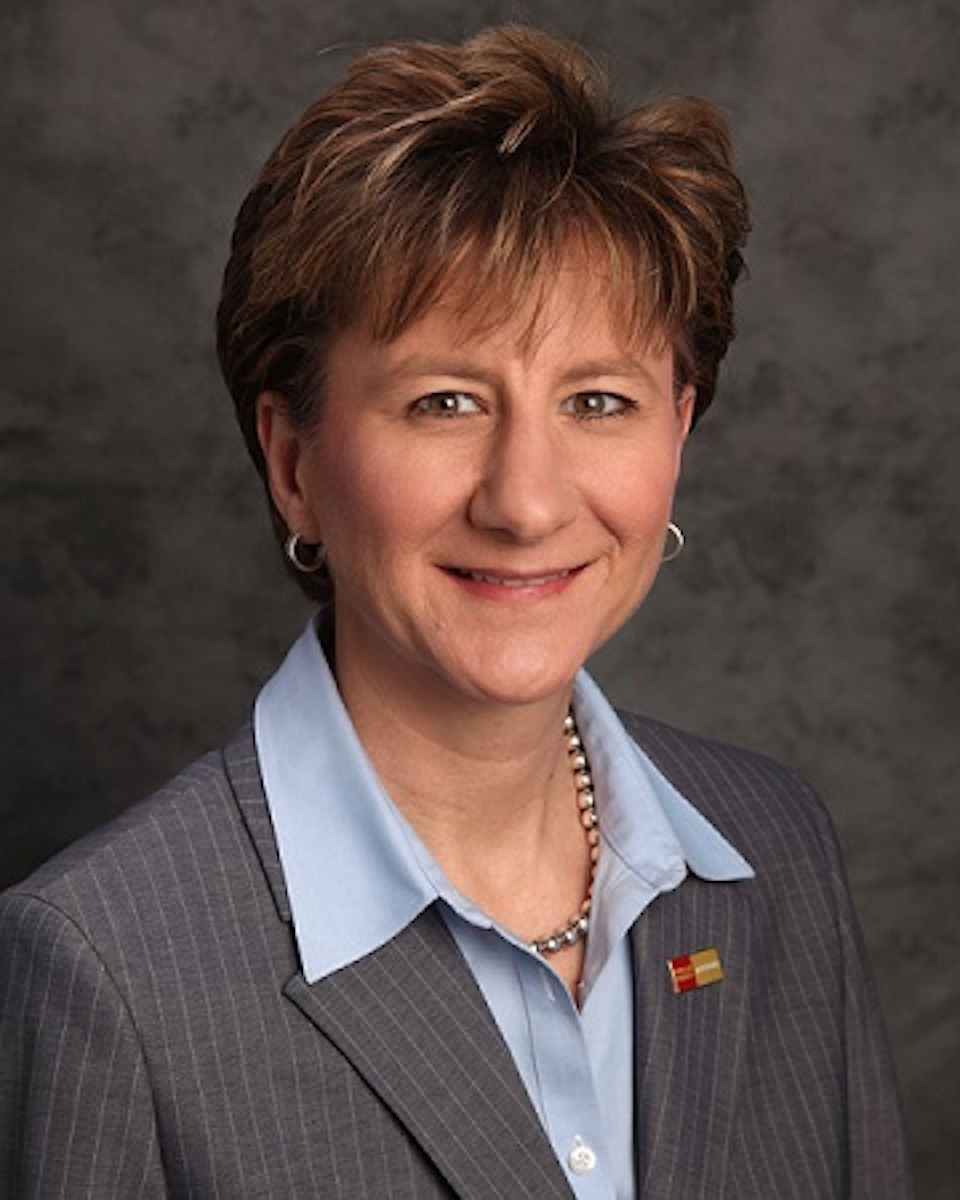 Michele Cicciari is a Senior Vice President Market Manager and Financial Advisor with Wells Fargo Advisors’ Akron, OH office.  Michele is dedicated to helping her clients meet their financial goals, backed by the vast resources of her firm.  Michele graduated from Lehigh University with a degree in Business and Economics in 1989 and has earned the prestigious Certified Financial Planner certification.  In addition, she is on the Board of the Fairlawn Area Chamber of Commerce where she has held various positions including Secretary, President Elect and President.  Michele and her two boys live in Medina, OH. Branch Contact Information: Wells Fargo Advisors | 3800 Embassy Parkway, Suite 100 | Akron, OH 44333 Tel 330-668-7735 | Toll-free 800-621-1164 | Cell 330-242-3206 | Fax 330-668-7795 michele.cicciari@wfadvisors.com | https://wfadvisors.com/cicciari-batu 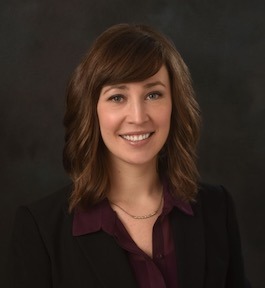 Now, as Mayor Horrigan’s Deputy Chief of Staff and Deputy Mayor for Administration, she serves as the lead on City communications, branding and messaging, oversees the Communications staff, government and community relations, and manages any Mayor’s Office strategic initiatives deemed appropriate by the Mayor. 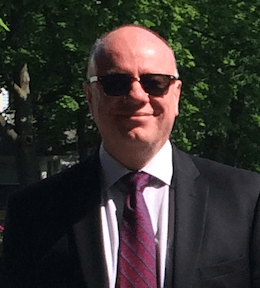 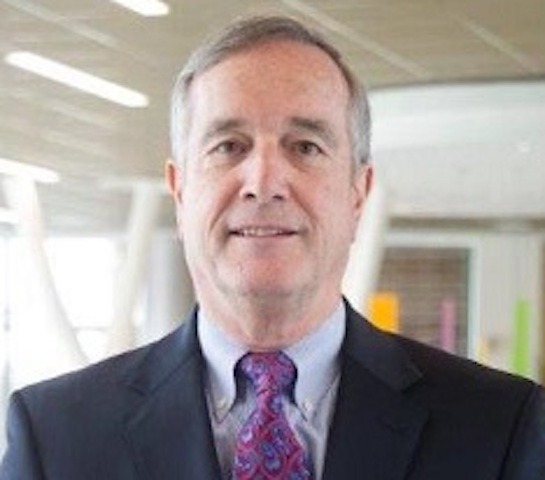 Tim is the Associate General Counsel for Children’s Hospital Medical Center of Akron. His duties include overseeing real estate related matters for the hospital and being part of the strategic growth team. Prior to joining the hospital’s administrative team, Tim was President and General Counsel of a real estate development and investment firm, and prior to that a partner in a law firm in Akron, Ohio. Tim is happily married with four wonderful adult children and, for now, one adoring dog. 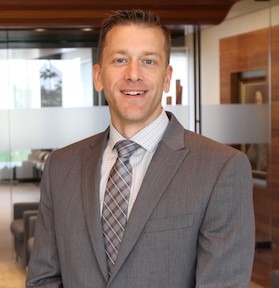 EMERITUS – Dave currently works for Roetzel & Andress. He was a trusts & estates and real estate attorney with Buckingham, Doolittle & Burroughs. He primarily represents business owners, real estate developers and professionals with respect to their personal estate planning and real estate matters. As needed, Dave counsels individuals on dealing with homeowners associations and disputes between neighbors. He uses his estate planning experience and knowledge to contribute to Habitat for Humanity’s Board of Trustees. 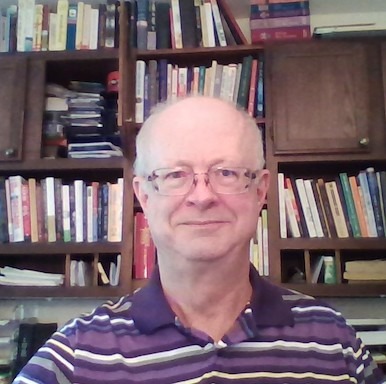 John Gruneich is a retired Presbyterian Pastor, who has lived in Akron since 1986. The last 12 years of his ministry was spent serving various Presbyterian, UCC and Lutheran churches as their interim pastor. Since his retirement he has worked with the loyal volunteers building houses on the various work sites and hopes to use that experience as a Habitat board member. 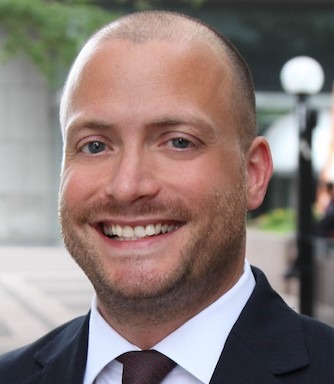 As a property rights attorney, I advocate on behalf of real property owners and developers in land use, zoning, eminent domain, real property tax and real estate transactional matters. I have a depth of experience representing property owners and developers in administrative and court proceedings concerning real estate and real property disputes. Such experience enables me to provide my clients with unique and comprehensive insight when negotiating real estate transactions. My clients benefit from my ability to cooperate with localities as it is often critical in completing real estate projects. No matter the issue, I provide clients with comprehensive representation by strategically advocating for your business objectives before numerous councils, boards, and courts across Northeast Ohio and beyond. 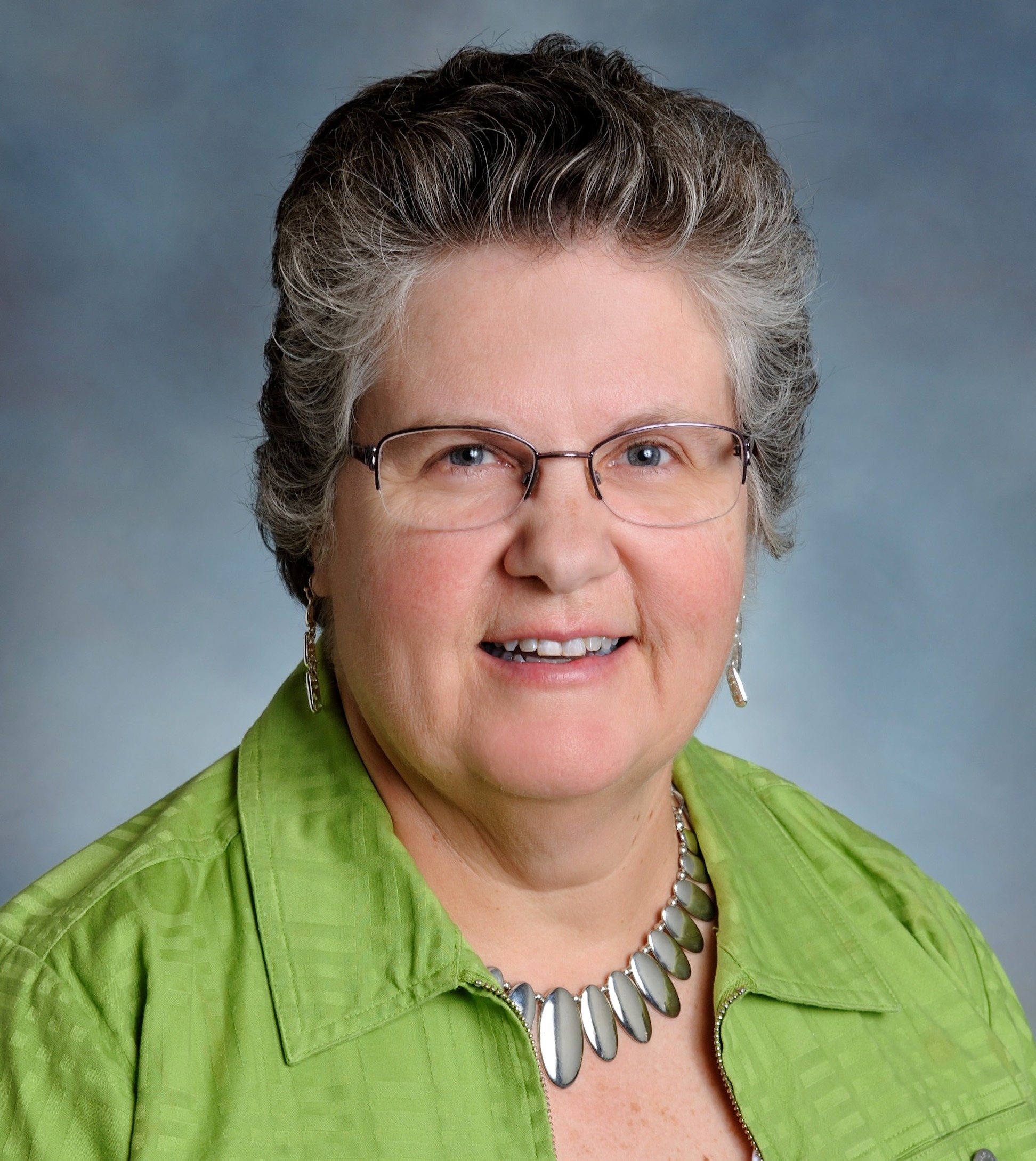 A long-time volunteer with Habitat for Humanity, Dr. Verstraete was elected to the Board in 2016 and is returning to active volunteering with the organization. In her now abundant free time, Dr. Verstraete will focus on her passion for philanthropy, photography, travel and golf. 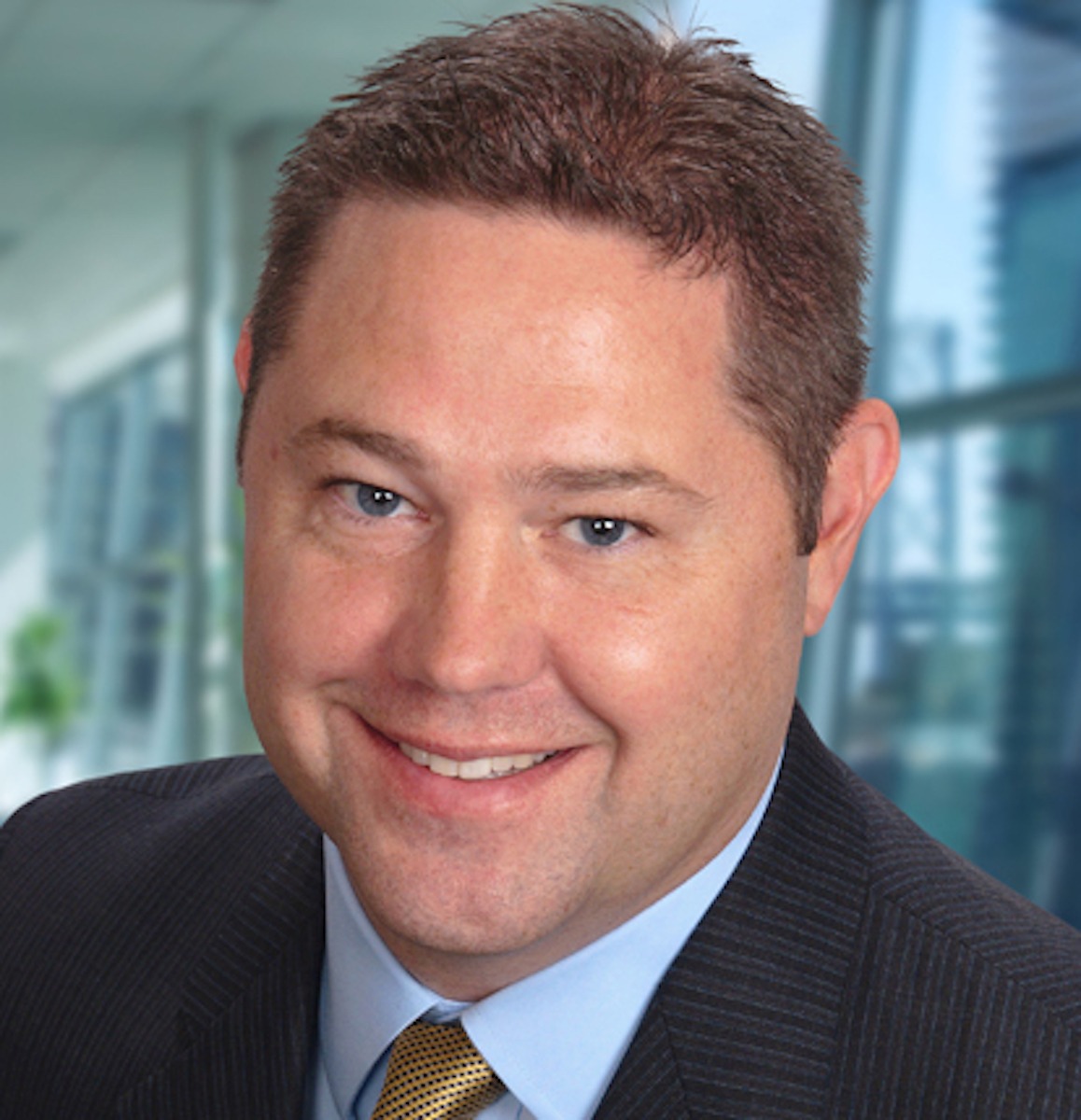 Brian oversees Relationship Management, Business Development & Consultant Relations for Schwab Retirement Plan Services.  Brian has more than 20 years of experience in the retirement plan services industry and began working with Schwab in 1997. Prior roles with Schwab included counseling individual investors, working as a relationship manager for corporate clients, and serving as the sales manager of the Central and East regions for Retirement Plan Services.

Brian holds a Bachelor of Science in Finance and Marketing from Miami University.  He enjoys sports, boating & travel and resides in Brecksville with his wife and two children. 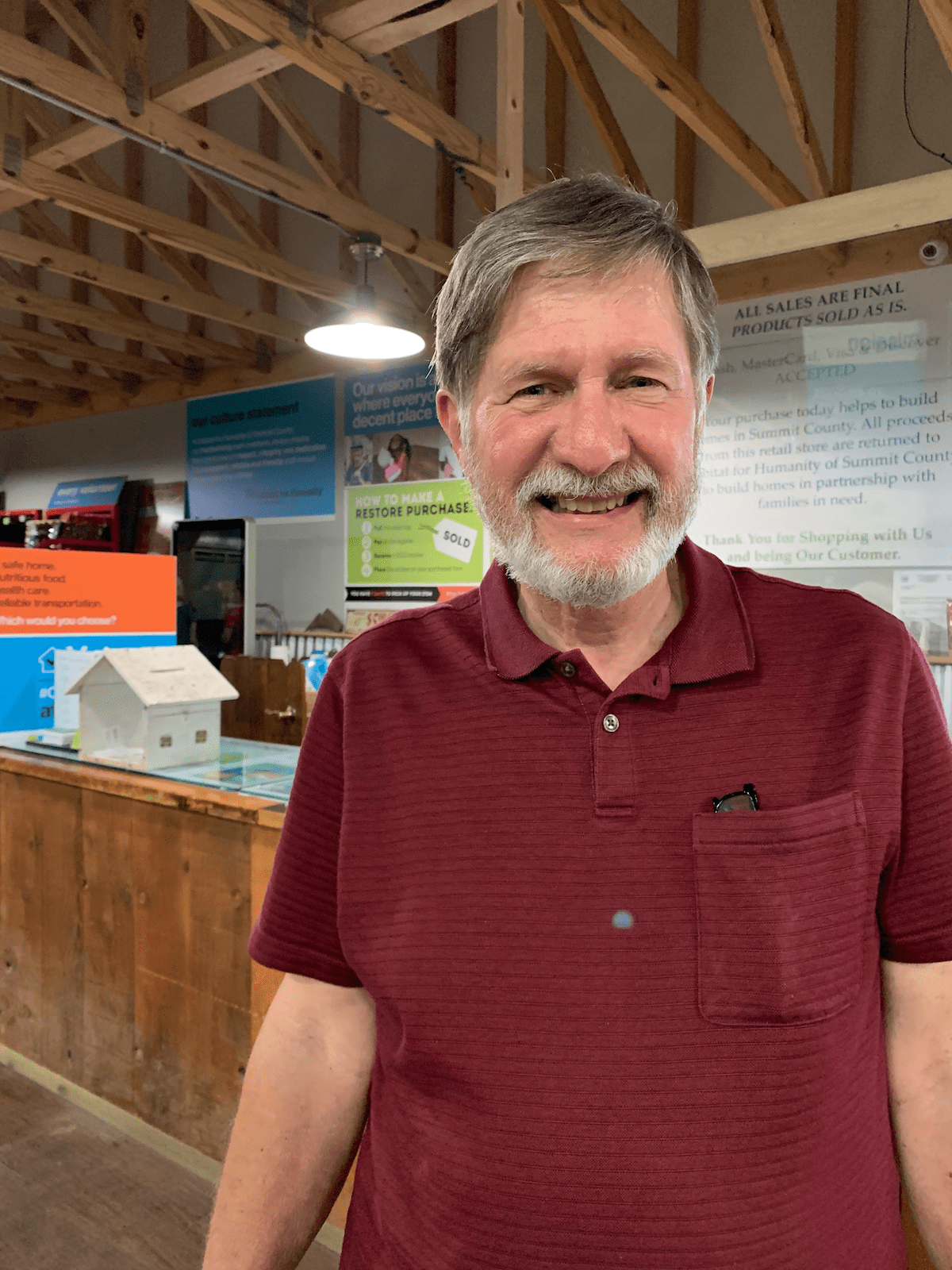 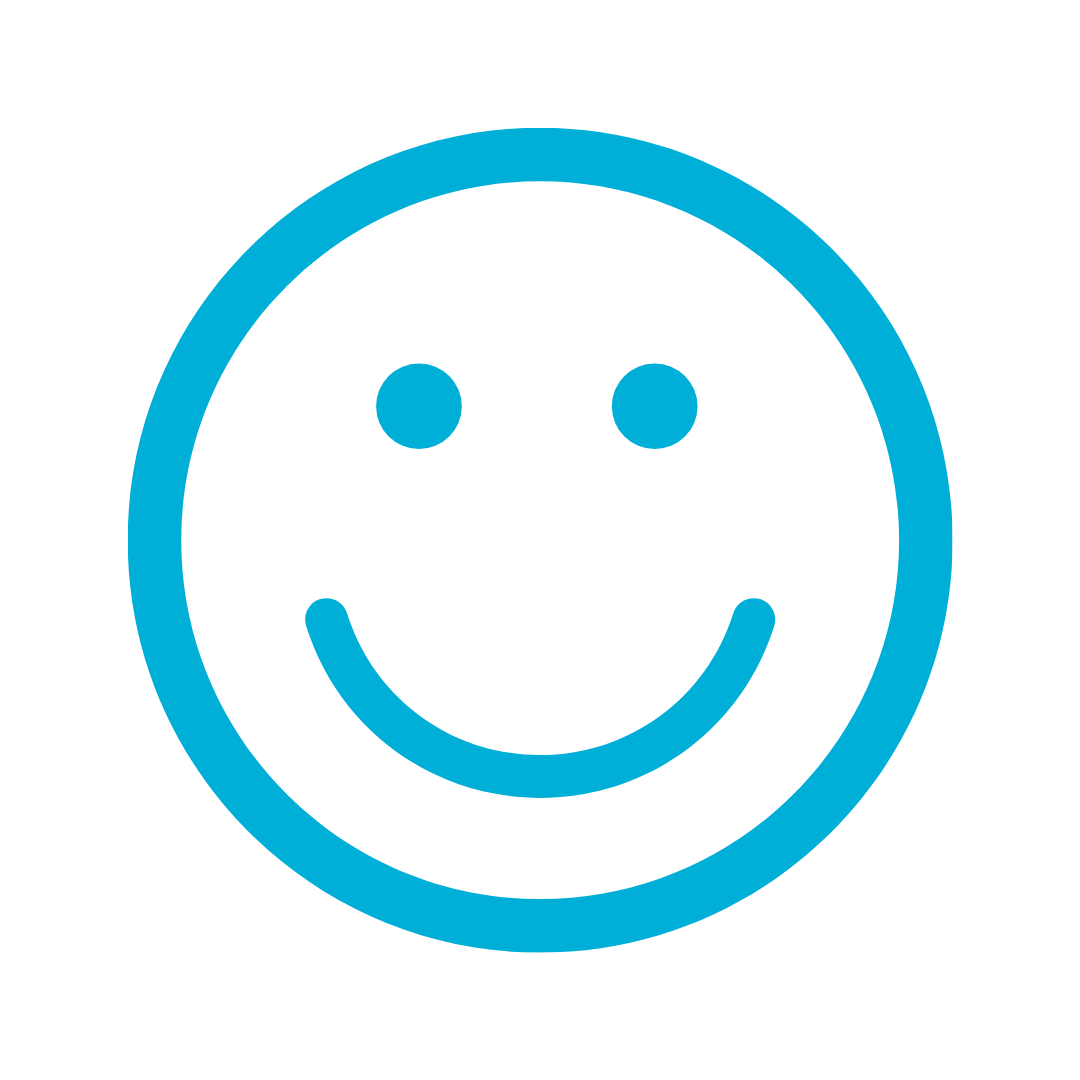 Michael has been with Oswald Companies for 5 years.  He is involved with the Knights of Columbus, St. Bernards Church and Hoban High School.  He also volunteers with Akron Children’s, Akron Canton Food Bank and the Football Hall of Fame.  He is pursuing his MBA from Ohio State and believes in Habitat’s mission.  His strengths include leadership skills, critical thinking, and execution of plans.  Oswald specializes in non profit Employee Benefits and Property Casualty Insurance. 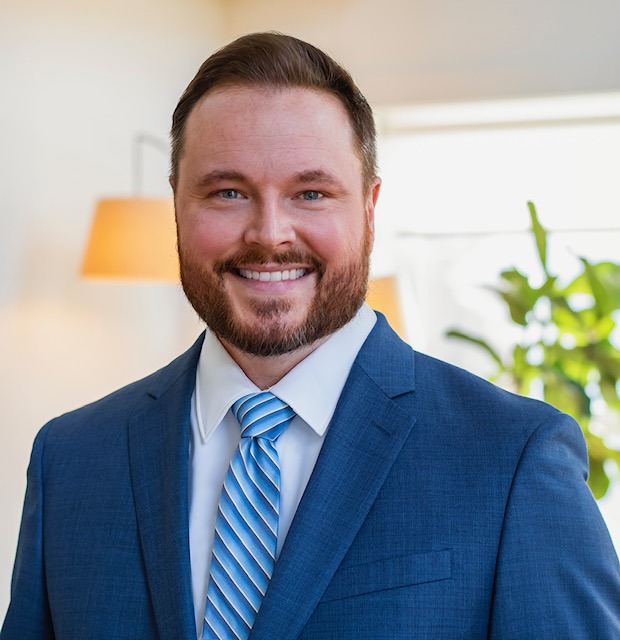 Dave is an alumni of Torchbearers in Akron, and a 2009 University of Akron law school graduate. He has been with Roetzel and Andress for 10 years, where he primarily practices in the area of personal injury defense, with a specific focus on medical malpractice and products liability. He grew up in a Christian household, and he has strong connections with several local churches and pastors. He is currently a member of Grace Church in Bath, and he has also had previous involvement with Habitat. Additionally, Dave volunteers with Akron Children’s Hospital, and he is a coach for the University of Akron law school’s nationally recognized mock trial team. Dave has a passion for people, and is always willing to help those in need. As a member of the Board, he will use both his legal knowledge and community ties to further the interests of Habitat. 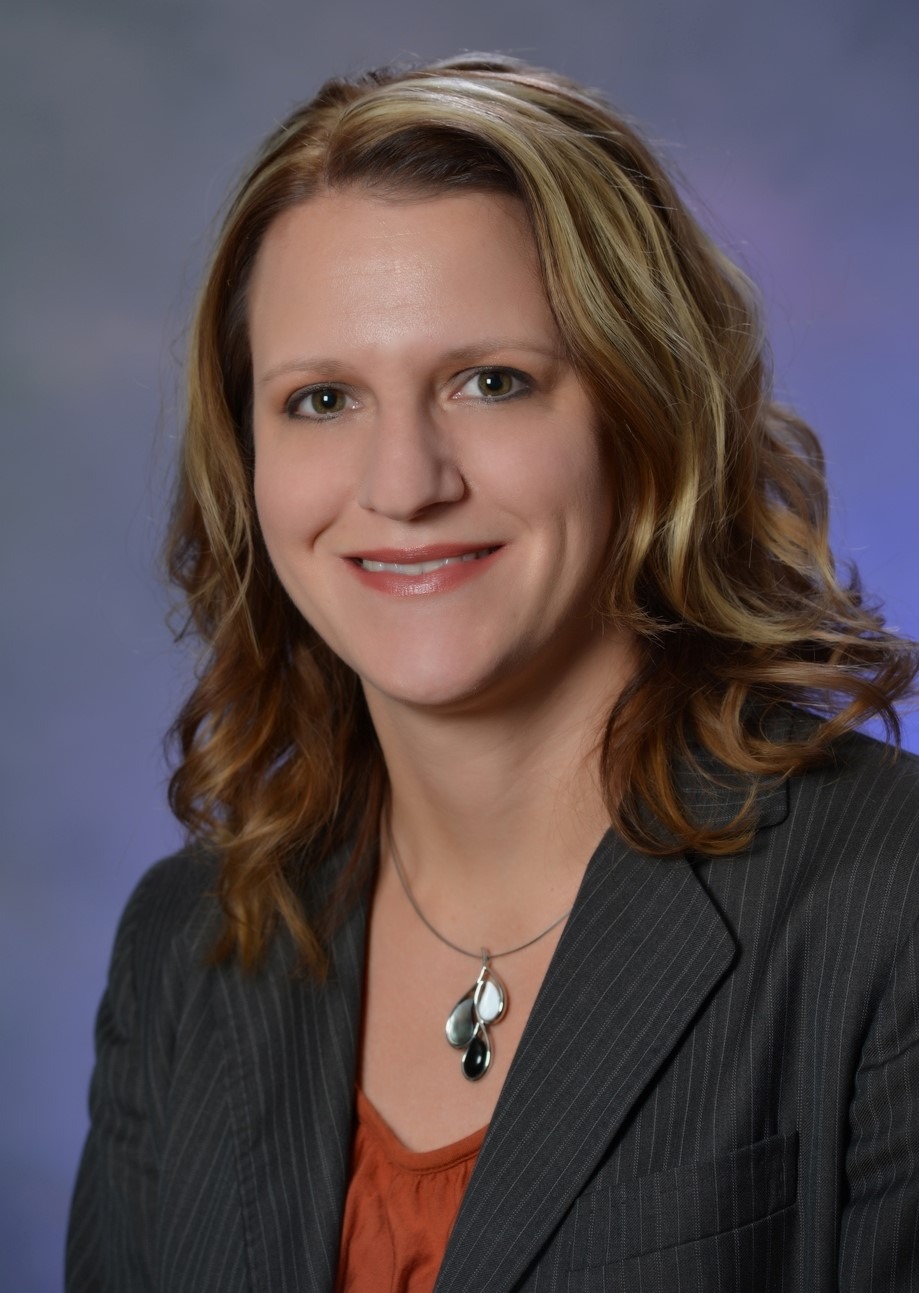 Michelle previously was with Meaden & Moore and was our auditor for nearly 10 years.  She brings a strong understanding of our financials and a commitment to Habitat of what we do.  In addition to her technical abilities in accounting and finance, she is dedicated to being present and engaged and has an overall passion to serve others and make a difference in their lives.  Michelle is a graduate of the University of Akron and involved in as the secretary of her condo association board, Leadership Akron alumni, and the Athena events for Akron Community Foundation and the Women’s Endowment Fund. 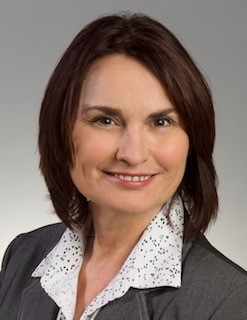 Lynda is our new relationship manager for Habitat for Humanity.  She has 27 years in the banking industry with an MBA from Baldwin Wallace and well as an undergrad in finance.  She is passionate about helping people especially those who need access to fundamental basics needs like food, clothing and shelter.  She has an objective eye and makes clear decisions as well as being a quick learner and is a strong negotiator.  She is active in the Medina and Wadsworth Chambers of Commerce, the Medina Economic Development Fund and attends church at Bethel Cleveland.  She volunteers with United Way and the Battered Women’s Shelter. 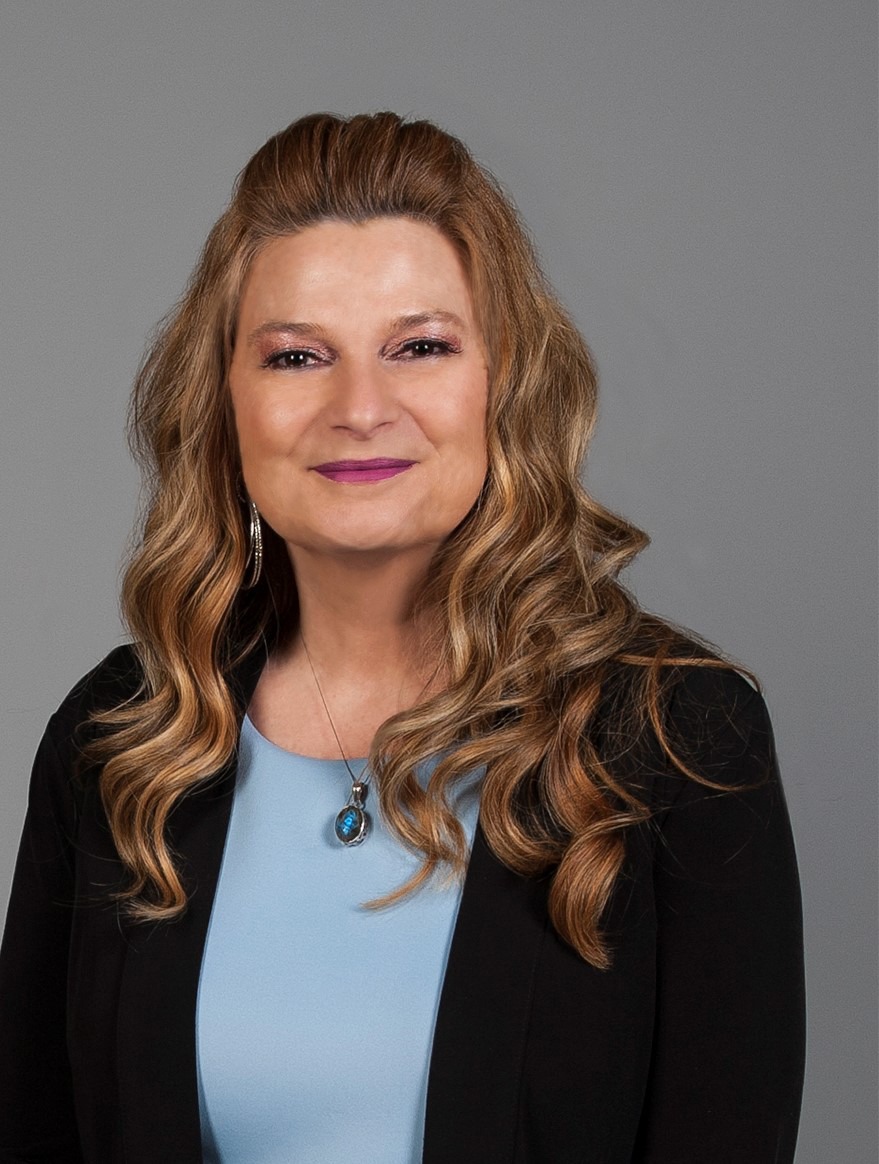 Since 2017, when she took the top leadership position, she has opened a new $240 million tower in May 2019 and most recently announced the plans for the 80 million dollar new Behavioral Health Tower. She is a transformational leader who believes in connecting with staff and patients. She believes in the voice of the nurse and whenever possible includes staff nurses in the decision making process. She implemented Nurse Leader’s patient satisfaction rounds and has improved nursing communication patient experience scores. She increased nursing satisfaction by implementing RN communication emails, frequent staff rounding and developing programs to recognize the hard work done every day by nurses.

Lorie has led her team during magnet re-designation, supported Stroke, STEMI, CHF and Bariatric Certification as well as Level I Trauma Center recertification

She was an ATHENA Nominee in 2012, from the Youngstown/Warren Regional Chamber & the Vindicator and received The Executive Director Award in 1996, from The Ohio State University Medical Center. Lorie served as a member on the Select Specialty Hospital Board of Directors; Cornerstone Medical Services Midwest Board of Directors and is currently President elect of Northeast Ohio Organization of Nursing Leadership (NEOONL).

Lorie is a Board Certified Nurse Executive, from the American Nurse Credentialing Center.

She and her husband, Danny, reside in Warren, Ohio. Lorie has one son who is in College in Savanah Georgia.